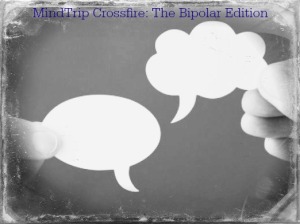 A section where I take one topic and hit it from two different perspectives. This is the place where we encourage you to join in on the conversation, share your experience, and let us know where YOU stand.

Before I understood that my bipolar episodes actually had a pattern over a length of time, my life seemed to be a chaotic string of unexplainable behaviors and events. For many years, well, most of my life actually, my bipolar was the boss of me and I was its willing accomplice in endless adventures and predicaments. I soared above the stars. Sleep? Not for me. I ran on overdrive. I was a super nova burning brightly, but as these stars do, I would quickly burn out. And therein lies the rub. In my newly found perspective, I began to recognize that these bursts of mania, although brilliance embodied for a creative person like me, quickly ended in long periods of dark isolation. By comparison, my depressive states began to last longer and longer. And I learned two things. One, I did not recognize when I was manic, and two, I did not have the skill or knowledge to ask for help to escape.

I’d love to erase most of my mania from my memory, because it always involved self-destructive behavior and I left a hurricane behind me of overspending, rages, neglecting my health, paranoia, and occasional bouts of hypersexuality. I often say there is a basic physics to bipolar. What goes up must come down. I was Icarus taunting the sun, and I flew down so hard that living became a tedious chore that only the truly depressed can understand. It’s funny, I’m able to embrace my depression because for some reason. I understand it more and it comes in super slow motion style that I seem to be able to control easier than mania. Depression seems like an old friend, I suppose, and I always know that eventually it will take leave. So when I hear people say, “Oh, I need a little mania to help me clean house today,” I cringe a little bit inside and say not for me. Mania–go away and don’t come back. 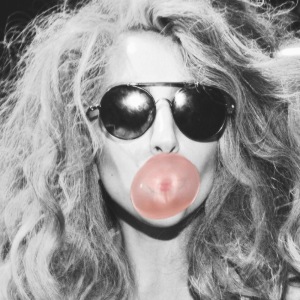 Mania, I Miss You.

Since being diagnosed with bipolar disorder and being fairly stabilized on medication, I have to admit, I miss my manic moments. Don’t get me wrong, I’m not talking about full on psychotic breaks or the irritability and agitation that comes with mania. I’m talking about the hypomanic stage–the sweet spot. The place where colours are brighter, sounds are crisper and even the energy around you sizzles. I miss being “on.” Walking into a room and owning it, knowing without a doubt in my mind that I could not only charm the pants out of anyone in there, but probably leave with a pair or two as well. I miss the times when I could go for a couple of days with very limited sleep and feel completely energized. I was efficient and productive. Like Dori so eloquently stated, brilliance abounds. I am at my most creative peak during this time. Ideas flow at warp speed. My mind is racing, rushing to keep up with the most spectacular ideas and plans. Oh what a thrill it is to see how much I can actually accomplish in 24 hours. Time management, ha! I’m your girl.

Organized chaos is how I would describe my hypomanic moments, and you know what, it worked for me. Until it didn’t anymore. Without fail, every single time I would either continue to go up into a frenzied state of paranoia and delusion, resulting in erratic behaviour that led to some of the poorest decisions I’ve ever made. Or, I would crash hard and fast and believe that depression was slowly going to drown me. Wishing myself into oblivion or out of existence was not where I wanted to spend my time. Neither of these scenarios are what I strive for, obviously. It’s the sweet spot I miss. If only I could have a little taste, but sadly, as Dori stated, “what goes up, must come down”…or keep on going up, up, up and away.. Give me a little hypomania any day of the week. 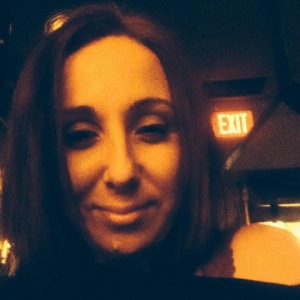 We encourage you to join the conversation and share your experiences. Please let us know in the comment section where YOU stand.

9 thoughts on “MindTrip CROSSFIRE: On Mania”