There comes a time to say goodbye to who somebody is, and let go of who you wanted them to be.

My grandmother told me this when I was too young to understand, but I have remembered. I was heartbroken (I thought) over a girl who meant everything to me (I thought) and I asked,

My grandmother patted me on my hands and looked into my eyes as she told me. I did not want to be alone, and that was the whole story for me. What I wanted, what I felt. It took me over twenty years to really understand, to see what she meant.

I have my feelings, my thoughts, my inescapable wants. I have my rules for life, my desires and my insane needs, I have only my own learned lessons to use, and what I needed to know then, as a teenage romantic, is the same thing I need to know now.

Other people have their own selves…they want. They need. They see from where they have hurt, they cry over their own unfulfilled urges, they choose their own rules and sometimes (all the time) they will choose not to give me what I want. I can give my real heart to whomever I choose but the choice to take that love and give love back is not mine to make

My sister just died, crossing the street late at night, hit by someone with no idea how that moment would change things for her, for her daughters and grandchildren, for her brothers and sisters. She did not want to die that night, of that I’m sure. She died almost immediately after being struck, on the blacktop of a city street, she never got to say goodbye to all of the people that loved her. When I was a child Ruane was my favorite, I know it’s not considered nice to have favorites but I did and she was. She was shiny, she was outspoken and fierce, she was loyal and loving. She looked out for me, almost eleven years older than me, she made me feel so special, to her, to her. I realized recently that was just her way, through her whole twisted life, she tried to make other people feel special, to feel loved, but when I was young I felt isolated and strange…I was not like anyone I knew and they knew it, I was too quiet or too different, she tried so hard to show me that I was good enough, better, she wanted me to feel secure in myself. As a teenager I lived with her and her husband, I cared for my nieces during the day and we had adventures together. She was the first person I looked up to, I wanted her fire. She had a way of immediately making friends with people that I was so envious of… She could read people and know how to approach them, like a heart-whisperer she could make anyone love her as soon as they talked to her. I wanted that. 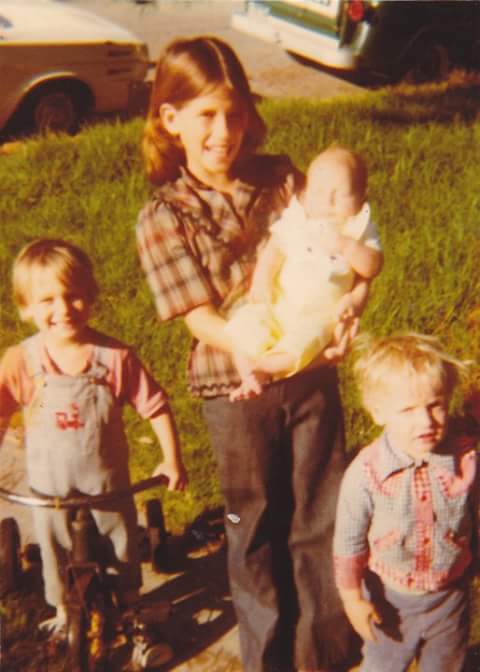 When I came of legal age, I tried to figure out how to pretend to be a normal person, working and paying bills and going out with people to have fun, asking girls (women) to date me, trying to make friends with whoever I met and…I was terrible at it. I was once again too different from other people, I said things in a strange way, I couldn’t speak the language like everyone else, my accent wasn’t right so people could tell I wasn’t like them.

Ruane tried to help me, she spent time with me and we talked about me…she tried to understand who I was so she could explain to me what I couldn’t see. She taught me so much about myself that I had never known, just by seeing me. As she went through her own problems she always reached back to me when I called, she always listened. I decided so many times to kill myself and I could never do it without saying goodbye to her, and she talked me down over and over. Once she introduced me to her friend’s kids and showed me how quickly they loved me… They were calling me Uncle Matt after about five minutes. She told me how that had always been me, younger kids had always liked me and accepted me, even when kids my age (and adults my age) could not. She saved my life that night by showing me my value. Another time she got angry at me and called me out, showing me how my own bullshit was holding me back. She always knew the right way to get through to me.

When she became an addict and started fucking her own life up, she tried to shut me out because she said she couldn’t deal with the disappointment I must have felt for her. I turned the tables that day and showed her what she had done for me…she showed me how to love, to support someone that is going through hard times. I tried to, anyway…

For years she was my lost angel, and she stayed away because she wanted to, and every time I thought of her I would think…maybe, maybe, she can feel me thinking of her and she’ll try to reach back…she never did. I never did. She couldn’t be what I wanted her to be, and I had to let go of that…I wonder now, two weeks after it’s too late to ask, did she want to come back to me? Was she waiting for me to call her or apologize or something else?

I wish I would have tried harder. I wish she would have. The day is gone now, the words are unsaid and that’s something I need to learn how to deal with…

There comes a time to say goodbye to who somebody is, and let go of who you wanted them to be.

Matthew D. Eayre is a writer living in Denver with his wife and children. Refusing to exist as only one thing, he works as a supervisor in a delivery company while pursuing his BA in Accounting and chasing his dreams of making his voice heard in the world.

You can connect find more of Matthew’s stunning words at Matthew D. Eayre, Poetry of Monsters and on Instagram.

Purchase a copy of his extraordinary book here.

Check out the brilliance