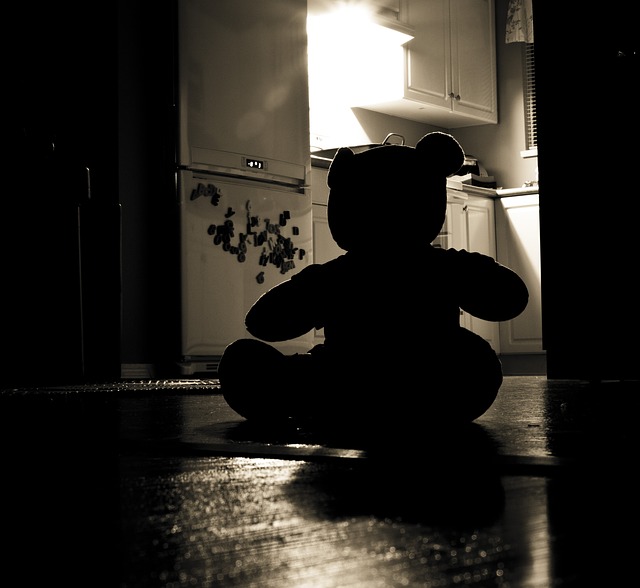 I wrote this for the brilliant Allie Burke and The OCH Literary Society. It was originally published there.

I Used To Love The Night

As far back as I can remember dusk and then finally twilight always held a mystical essence for me. My child’s mind was filled with make believe and possibility, but the central element to most of my vivid imaginings occurred during the twilight hours which then cascaded into the darkest parts of night. I was never afraid, for this was the time that my imagination would burst with endless possibilities of fairies and sprites, brownies and otherworldly creatures who would come alive when Mothers and Fathers tucked their littlest in for the night.

My own mother tucked me in every night, singing me lullabies and telling me stories of far off places where noble knights and fierce heroines saved the day. These stories that she told me with such enthusiasm, always left me with the belief that I could accomplish anything and invoked something deep inside of me, something that I have tried desperately to hold onto and pass onto my own children.

After my dear Mother would kiss me on the nose and wish me the sweetest of dreams, she would tiptoe out of my room while I feigned sleep, my long lashes shut out the world and deceivingly implied that I was indeed asleep. I always waited for the count of seventy-two before I would sneak out of bed and make my way to my window where I would look out at the brilliant not quite night sky. This is indeed when the magic would begin.

I would spend hours looking out that window, watching the streetlights cast shadows across my bedroom walls; again I was never afraid. Those shadows became dragons that I valiantly slayed, perhaps a lost soul who had found her way into my secure and welcoming bedroom asking for help to find her way home. No, I was never afraid. As the night grew darker and the streetlights dimmer, the stars and the great crescent moon illuminated the park beyond my bedroom window, I knew for certain that beyond the thin pane of glass was a haven of mystery waiting to be explored.

I never dared leave the my room in the middle of the night for fear of terrifying my Mother, so I lived in my fantasy world taking solace in the beauty of The Milky Way, The Northern Lights, and all of the secrets that I would one day discover that they all held.

As people in our life tend to do, our children are not only discouraged from using their imagination but also chastised for it. And in some awful horrific things happen to them that rob them of their innocence and their wonder.

When I was just a girl, no older than my youngest is now, someone took my innocence from me and violated my very soul. With that one abhorrent and violent act, my innocence was forever lost and shattered. Where I once found solace in night and shadows I now found fear and terror.

For years I kept that awful secret, somehow at such a tender age I was convinced that I was to blame while still not understanding the entirety of the situation. I was abused by someone who was trusted, someone who would “never do such a thing” and in turn I was also silenced because back then; we didn’t talk about such things. If we ignore it, it’ll go away was the well meaning but disillusioned thoughts that many people had back then.

In time I have come to understand that this was not my fault. A child who is victimized by sexual assault is never at fault, but the damage has not been healed completely.

I no longer love the night. The shadows that creep across my walls now are gnarled fingers that threaten to grasp my throat and choke the life out of me. They taunt me by creeping their sick slimy residue up the legs of my very favourite blue shorts with the pink flowers, the ones that I loved to where in grade one. I struggle to find solace on those nights where insomnia keeps me up and I find myself pacing my house, willing the flashbacks to stop.

The bright light of the morning sun is now a much easier place for me to reside, although I do miss the innocence and magic of those moments before some monster robbed me of them, but I will still be this heroine of this story. I will take my children out to the woods and lay a blanket down on a mossy floor and tell them all about sprites and brownies and dragons and heroines because they deserve to believe in magic and if it’s the last thing I do, I will not let a monster lurk behind every shadow on their bedroom wall.

3 thoughts on “I Used To Love The Night”