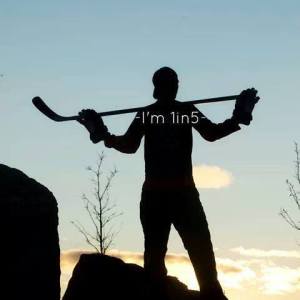 I am so thankful to my dear friend Lynn, the owner and admin of the Beautiful Facebook Page Yes, I Feel That Way Too Sometimes, for introducing me to one of the most inspiring and supportive Pages on Facebook. Founded by Paulie O’Byrne, I’m 1in5 is a page dedicated to enriching the lives of people affected by addiction, mental health diagnosis, victimization, trauma, sexual, physical and emotional abuse. They do this by using their five essentials: Education, Prevention, Awareness, Healing and Recovery. I’m 1 in 5 is not only a Facebook page; it’s an entire movement, and an established Non-profit organization. Paulie has become an advocate and speaker, making it his mission to give those who have lost their voice, a chance to reclaim it. He shares his story in a valiant effort to eradicate the stigma around sex abuse, addiction, and mental health.

I have never met anyone who is as full of as much gratitude as Paulie is. Our correspondence has been a very positive experience, even while he has been down for a bit, with an injury to his knee. If you’ve been following Paulie’s incredible story, you may understand why this could put a pessimistic light on the situation, but he’s so full of positivity that it’s infectious. Paulie, you are changing the world, and I am so thrilled to be able to feature you here on The Lithium Chronicles. Thank you.

On May 9th of this year, Paulie set out from Victoria BC, the starting off point of his 9600km journey to St. John’s, Newfoundland, stickhandling a ball across Canada to smash the stigma around mental illness, addiction, and sexual abuse, and to raise funds to support those who have been affected by all.  The ultimate goal is to open up the first I’m 1 in 5 facility, in Ontario to help people get the treatment that they desperately need.

Paulie, you are a not only a Mental Health Warrior, but a Hero. If there is one website that I can recommend for you today, I’m 1 in 5 is it. Paulie has the all clear to get back on the road this Saturday. We’ll be following you the entire way. Safe journey, friend.

Previously Published on Paulie’s blog, he has given me full permission to republish here on The Lithium Chronicles. Thank you, Paulie.

When I was a little boy, I dreamed big dreams, believed if I worked hard enough I could attain what my limits would allow me to do. Example: My older brother was an exceptional hockey player, I remember he scored 40 goals in 18 games one season. I found that amazing, my brother kept a list of his goals on our fridge. Being 3 years younger than him, and not knowing about human development, I thought I should have 40 goals. What did I do? I went to the driveway, set up my road hockey net, and made a commitment to myself to put 40 pucks in a row into the net. I went inside and made myself a list, put it on the fridge and marked 40 goals next to my name. What that did was give me motivation to attain what I could mentally allow myself to.

It was competition in our house. I grew up with a mom and a dad and a brother. We loved sport, from hockey to soccer, to skiing, to basketball, to baseball and so much more. On the outside of our front door we looked like a good family, and in some aspects we were. But on the inside of our front door, there was massive pressure both educationally, and in sport. There was hurt and pain with no vocabulary, when we were hurting we were taught to be strong and bury it deep. Or at least that was the assumption as no one said any thing about talking about your pain.

So as I went through elementary school and high school, I knew who I wanted to be and had worked hard to attain those goals. Dreams were attained, goals were pursued with dedication and determination. When I graduated high school I received a bursary for being a driven student. So at the end of all that teenage stuff, I could allow myself to say “If I apply myself, I can achieve anything.” Going back. Being a teenager that suppressed way too may emotions, it was not good for my future, and there were a lot of ups and downs. My family or school didn’t teach me about addiction, or mental illness, or sexual assault. Going through the next 10 years of my life battling day in and day out with all of these.

When I was 21 years old I was locked in my apartment by the president of the Delhi Minor Hockey Association, and sexually assaulted. In that 45 minutes this man stole my dedication, my determination, my dreams, and goals. He put shame, guilt, embarrassment and a whole ton of emotions on my shoulders, that no one had ever taught me to deal with. I instantly felt filthy, resulting in self abuse. Even burning myself would not get rid of the dirtiness I felt, I tried drinking in excess to at least get some sleep, and shut my brain off. I didn’t know what was happening to me. I couldn’t look anyone in the eye, my employer, my fiance, my self, without feeling like an inferior human. This shame had me arrested. I didn’t know why I was making the decisions I was making, all to keep these emotions down like how I grew up.

In 2 years after I was assaulted I had racked up $280,000 in credit card fraud and identity theft. Although that’s a lot of money, what I had to show from all that money was terrible self-worth, no confidence, no friends, no teeth, an awful addiction to crystal meth and cocaine, and no cares for anyone, including, my son Nathan, who was born a year after I was assaulted. I have always beat myself up about that since. What I know now, is I did what I did because I had no other way of coping with life on life’s terms. I did what I could with what I had. I wouldn’t advise anyone to take the quarter million dollar crystal meth recovery treatment route. I had a lot of work to do. Hard work!!!! By 2010, I’d had three suicide attempts, gone to six drug and alcohol treatment centers, seven detoxes and saw approximately sixty five doctors or counsellors.

The issue was I would NOT talk about my past, and would not allow myself to rid that shame and guilt and embarrassment. I now know that was the combination to the lock that had kept me sick for so long. Living a sober life now I have a lot of recognition in that I need mental health counselling, I need to stay connected to those who loved me when I could not love myself, I need to support another human who has felt the despair of staying silent, and give them hope and strength. Today, I shed the guilt and shame of what has gone on in my life, I’m not the owner of it any more. The wreckage of my past is being cleared. If you think of a huge pile of gravel as all your ‘problems’ sometimes all we have is a teaspoon to clear that away, but it’s better than building your pile bigger. Someday that teaspoon will turn into a tablespoon, and then a shovel, and eventually a bulldozer. Its a process, and it’s at the speed of life, not at your speed that you desire. 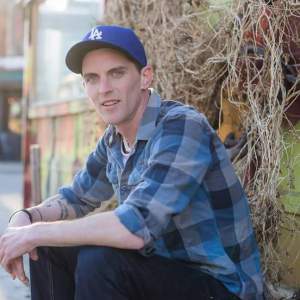 Previously Published on the website, Paulie has given me full permission to publish here:

8 years of struggle changes with one step

September 2006 will forever be etched in my brain. For 8 long years, that day held power over me. I never in my life expected to be battling, myself, day in and day out for 8 and a half long years.

The sexual abuse I experienced, most definitely ignited some demons that I didn’t have the knowledge to combat the urge to hurt myself, and in turn hurt others. I thought I was the only one who felt like this, and that would never get better.

TODAY, I start on another chapter, and it’s a journey of over 9000 kms, but more importantly it’s a journey to start new conversations surrounding sexual abuse, mental illness, and addiction. Today Canadians can live reassured that you are not alone, even if you feel like you’re the only one. I’m not doing this for fame nor fortune, but to make sure I do my part as a Canadian, and also a human being. No one should ever feel like they are the only one. and hopefully in the next 6 months we will establish that in Canada.

We are the change, collectively as Humans to save lives by simply having a conversation. I will tell you right now, If someone came to my high school back in ‘99 and said that this had even a potential to happen to me, or any of my friends, I may not be in this position today. I have struggled. I have been at the deep pits of my own personal prison, and all because that’s all I felt like I deserved. I deserve so much more than living in a car, slamming cheap whiskey back, hurting myself and everyone around me. This summer I will give the power that I’ve gained away to all the Canadians I meet, in hopes to enhance their own lives.

Today is the day that you never need to feel alone anymore. I’m doing this for all Canadians who felt like giving up, who felt worthless, hopeless. You NEVER have to feel that way again. You are no longer alone. If you have the will to fight for your life, then the life you work for will be forever worth it. You can go through struggle, and that’s exactly it: through. You no Longer have to stay in your shame, no longer have to feel embarrassed to reach out.

The strongest thing I ever did was speak out. I am unbelievably grateful to be alive today. There are 86,400 seconds in every single day. The sun will rise every day, whether that’s out where we can see it, or above the clouds. Its still shining. I can’t thank you all enough for saving my life, in turn saving some others as well. My gratitude will be a cornerstone to my recovery, and that’s what makes me get that power back from September 2006.

Please donate to help support Paulie, The I’m 1 in 5 foundation, and all of the incredible volunteers that help make this journey possible.