In addition to the literal meaning, now mostly historical, the term has acquired a figurative sense referring to “a person who shows or has shown great vigor, courage, or aggressiveness…” –‘Warrior’ According to Wikipedia

J.C. Hannigan is indeed a Warrior in every sense of the word. She is also an accomplished author, an award winning blogger, and an outspoken advocate. She shares soulful and inspiring stories on her personal blog, Sarcastica, as well as her new column for the MHE Coalition. She is also a frequent guest on many high profile blogs. J.C. is a Stigma Fighter, and volunteers her time as a Content Manager for Stigma Fighters Canada. It is an honor to be able to feature this incredible woman here on TLC. Thank you J.C., You have shown so many of us where true strength comes from, even on those days when you don’t always feel very strong yourself. Keep doing those amazing things you do. We love your words, and you lead by an exceptional example.

My entire life, I have been told that I am brave and strong. Each surgery, each day where I lay in bed unable to move from pain and discomfort – I was told: you are brave. You are strong. God only gives us as much as we can handle.

I wore those words like a badge, I wore those words to get through the extremely difficult days when the pain shadowed every good thing. I escaped into books, I didn’t complain about my pain or my life because I knew it could be worse. I could be fighting a terminal illness, or I could be blind or deaf or unable to walk ever.

I was born with a rare, chronic pain bone disorder called Multiple Hereditary Exostoses. Pain is something I’ve just always…known. When I was a baby, around thirteen months or so, I stood up and tried to walk. I fell down and started crying, and didn’t try to walk again until I was eighteen months old. My parents found a bone growth on my left shoulder blade and took me to the family doctor. He insisted everything was fine, but my parents knew otherwise and insisted on a referral to Sick Kids hospital.

It would be years until I received the actual name of my disorder – but I was told there was something wrong, I was told that I had “Bumpy Bones” – or bone growths all over my body. The doctors weren’t sure how it would affect me in the long run. I had my first surgery when I was in the second grade, and many more throughout my childhood and adolescence. I’d miss school due to the bad pain days, the time of recovery after surgeries, and the effects of pain medication.

No boys I liked returned my affections. The nasty, rude little voice in my head told me it was because of my “bumpy bones”, my MHE. Who would want to date a girl who can’t walk far? A girl who spends more time in the hospital than she does at parties? Who would date a girl with huge, angry ugly scars and a noticeable limp?

I battled depression and anxiety for years before I even understood what I was fighting. It wasn’t until one afternoon, when sitting in a chair at the chiropractor’s office, filling out a form that asked all sorts of questions, that I realized it. One of the multiple choices asked about depression. It listed a bunch of questions. As I read those questions, my pen froze. They summarized me, and what I was feeling, completely in a nut shell. These are questions that nobody thought to ask me – because the questions doctors were most concerned about were “does this hurt? Is this cutting off the tendons and causing nerve damage?” They didn’t think to ask “does it hurt emotionally? Are you struggling to carry this weight emotionally? Are you exhausted, do you feel alone?”

But, I told myself it was because I was weak. Because that’s what depression does to you – it lies to you. I didn’t get help for it. I continued to pretend that everything was okay, because I didn’t know what else to do.

Then I met my now-husband, Matt. He was the first person I felt to truly see the beauty in me, even in the physical sense. He wasn’t “weirded out” by my bone growths and scars, as other guys were. He found me completely irresistible; he was the first guy to make me feel that way too.

He was also the first person I have ever known that was open and honest about his struggles with mental illness. He told me that he had depression and a rage disorder, and was diagnosed at fifteen. He told me he took medication. In turn, I opened up to him about my personal secret struggles, and he held me. He let me talk and I just knew he understood it completely.

Having that little bit of understanding, and acceptance…that really does make a world of difference. This is exactly why I constantly tell anyone with MHE – and anyone with any other chronic pain disorder – to not let their mental health fall to the wayside. To make sure that they are receiving care for that as well – because the mental side of you will keep you going even when your body wants to give up, and if your mental side is on that same page of wanting to give up…your days get incredibly unbearable. 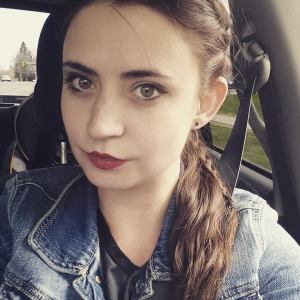 J.C. Hannigan is a married mother of two in her mid-twenties and a self-proclaimed Chronic Pain Survivor. J.C. is addicted to words, coffee, Instagram selfies, Cadbury Mini Eggs, and Dill Pickle chips (only not together, because that would be gross). She has been blogging for nearly 10 years, and won a Bloggie award some time ago. She writes new adult romance novels and currently has two books published, Collide and Consumed, with many more coming. J.C. also blogs for the MHE Coalition; sharing stories of struggles and successes pertaining to MHE and mental health.

Visit her on her personal blog